Yemen ranks 178 of the 189 countries on the Gender Inequality Index. Among the consequences of gender inequality in Yemen, women may be subject to restricted movement, female genital mutilation, forced marriage – sometimes in their childhood – and gender-based violence.

Because women tend to reinforce socially-agreed upon gender norms, neither formal nor informal systems provide them with adequate protection. Females taken into legal custody may be presumed guilty, detained without trial and are unable to access legal counsel. Those who are imprisoned are likely to be overseen by male guards and may face a wide range of human rights violations. It is also not unusual for female prisoners to be abandoned by their families – particularly when she is perceived as having committed a “moral” crime. Additionally, women face similar discrimination by health service providers and are often unable to access medical treatment for injuries associated with gender-based violence.

Conflict has magnified socio-economic disparities, exhausted resources and given way to negative coping strategies. Although child marriage is not a new phenomenon, rates increased from 32 percent to 66 percent in 2017 alone.

Conflict can also strain personal relationships. Although reporting gender-based violence is discouraged, it reportedly increased 36 percent in 2016 than in 2017. According to a recent survey of women across nine Yemeni governorates, family members – particularly husbands – are the most likely perpetrators.

In responding to the physical, economic, political and psychological impacts of conflict on women, UNDP projects consider the root causes of gender inequality to inform project planning. Women are involved in all stages of project design and implementation and attention is given to gender-related cultural norms and traditions. Data is gender-specific and progress is directly related to the proportion of women who benefit from project activities.

Based upon the premise that communities are only as resilient as their most vulnerable households, UNDP income-generation and employment initiatives target women and vulnerable groups, such as youth and internally-displaced persons. Typically, women account for 30 per cent of the project participants with work conditions being culturally-sensitive – for example, offering flexible hours and on-site child care. More and more Yemeni women are becoming self-reliant, and many are now financially responsible for their families.

In some cases, women account for as many as 50 to 70 per cent of those receiving training and skill-development. In addition to preparing them for employment, women are being equipped to make valuable contributions in health and psychosocial care, as well as mediation and conflict resolution. In providing these services, women are critical to community stability – a precursor to economic recovery and to the prevention of future conflicts.

Effort is also being made to include women as leaders, as well as members and beneficiaries of security and justice institutions. Increasing the ability of authorities to prevent human rights abuses, including gender-based violence, is also a priority. Projects also aim to increase access to legal services, improve conditions for women in prisons, and provide training and education to those who may be unable to return to their families.

In collaboration with UN Women and the World Food Programme, UNDP Yemen is undertaking a nationwide study of conflict in Yemen, its impact on women and girls, and potential entry points for intervention. Connecting humanitarian efforts to political, social and economic analysis, the study presents comprehensive information and promotes a more holistic approach to addressing the needs of women and girls; reducing negative effects that interventions may have on women; and, narrowing the gender gap in Yemen. In addition to contributing to humanitarian efforts, it can also be used to inform academic research, donor positions and public policies.

have been established, generating more than USD $200,000 in profit. 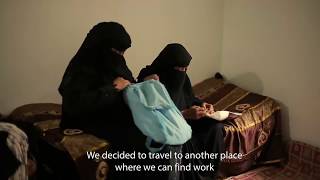 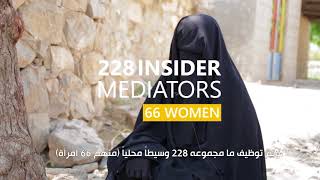 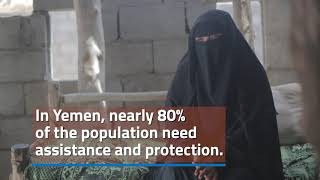 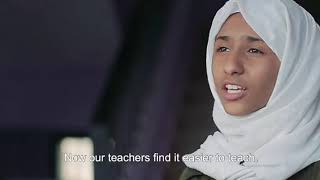